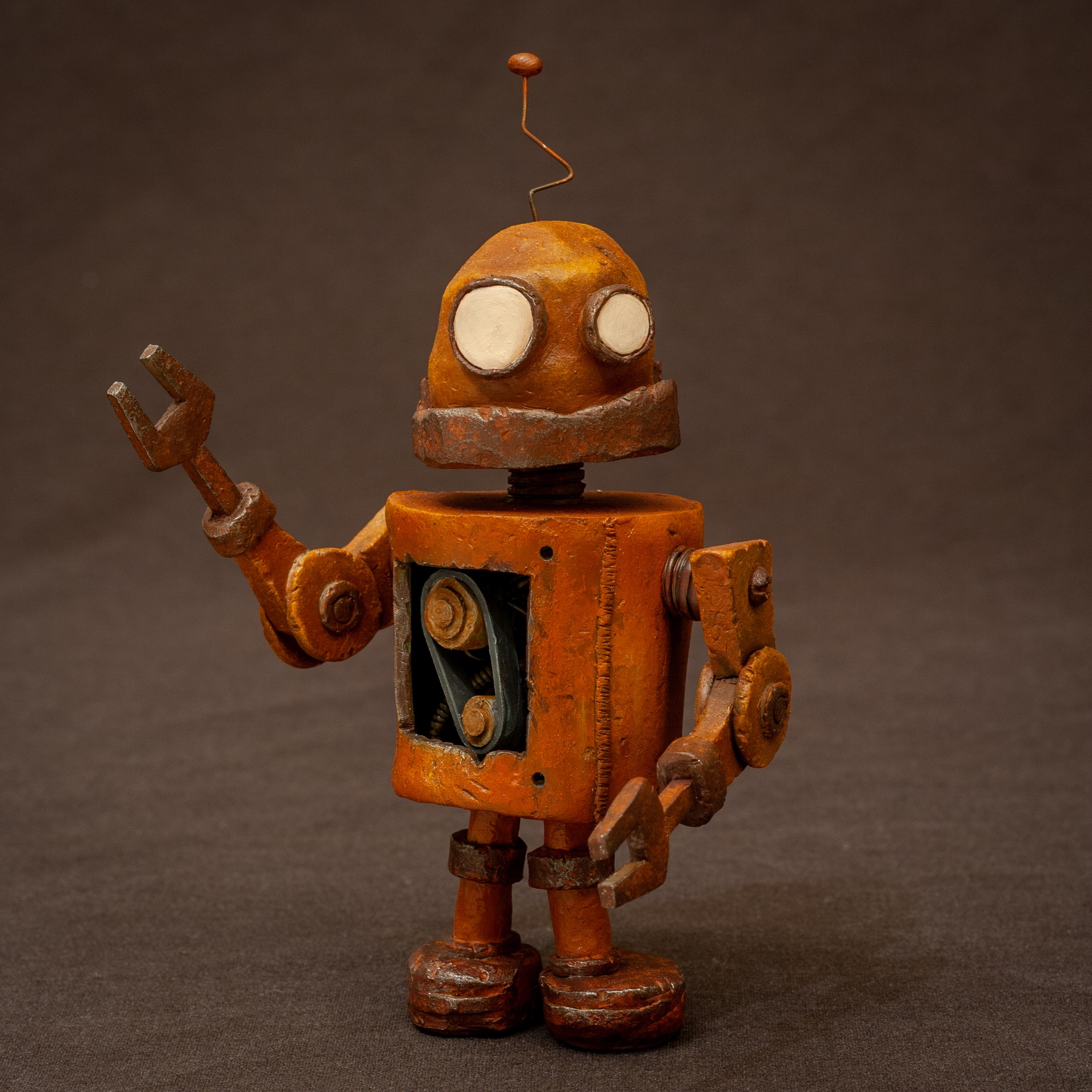 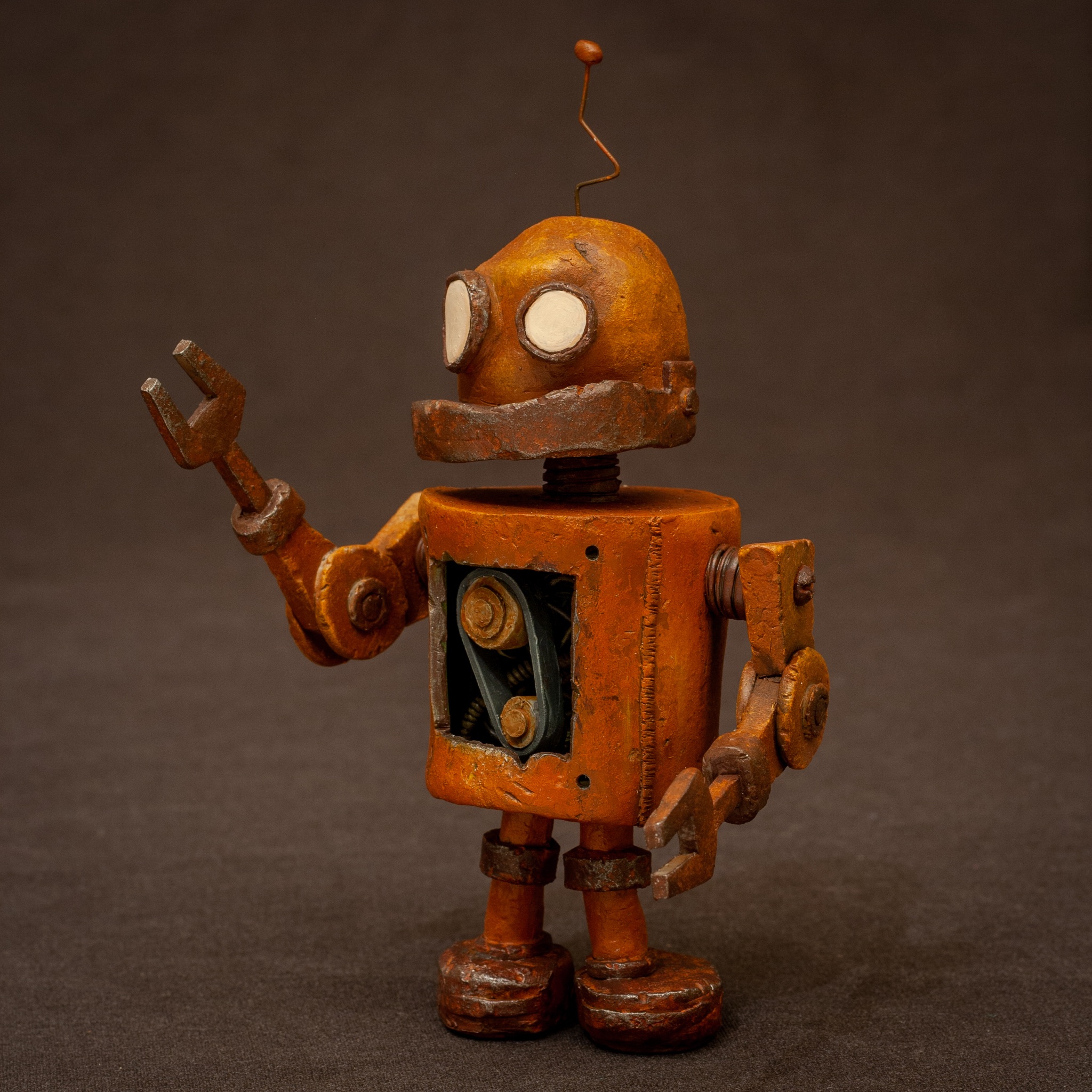 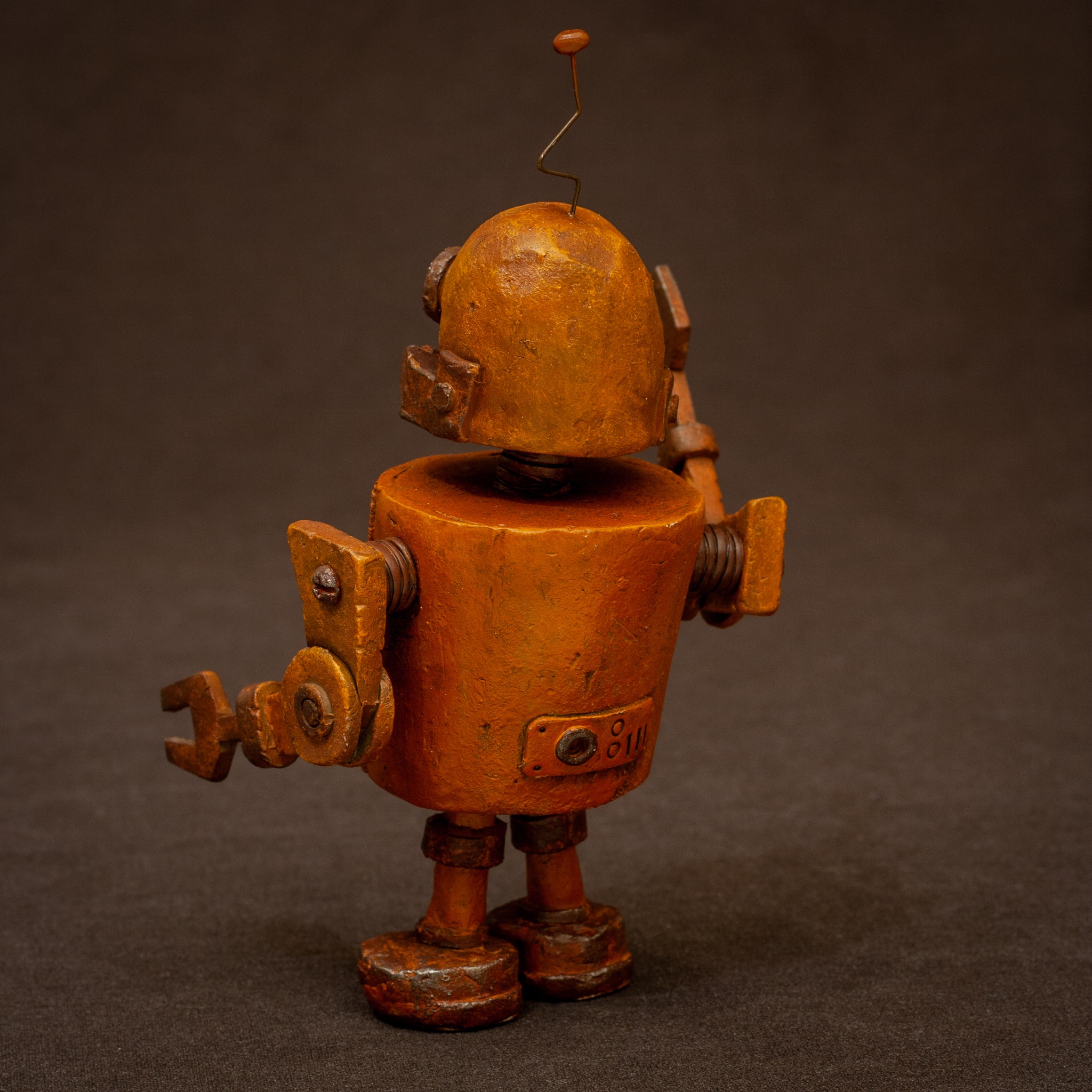 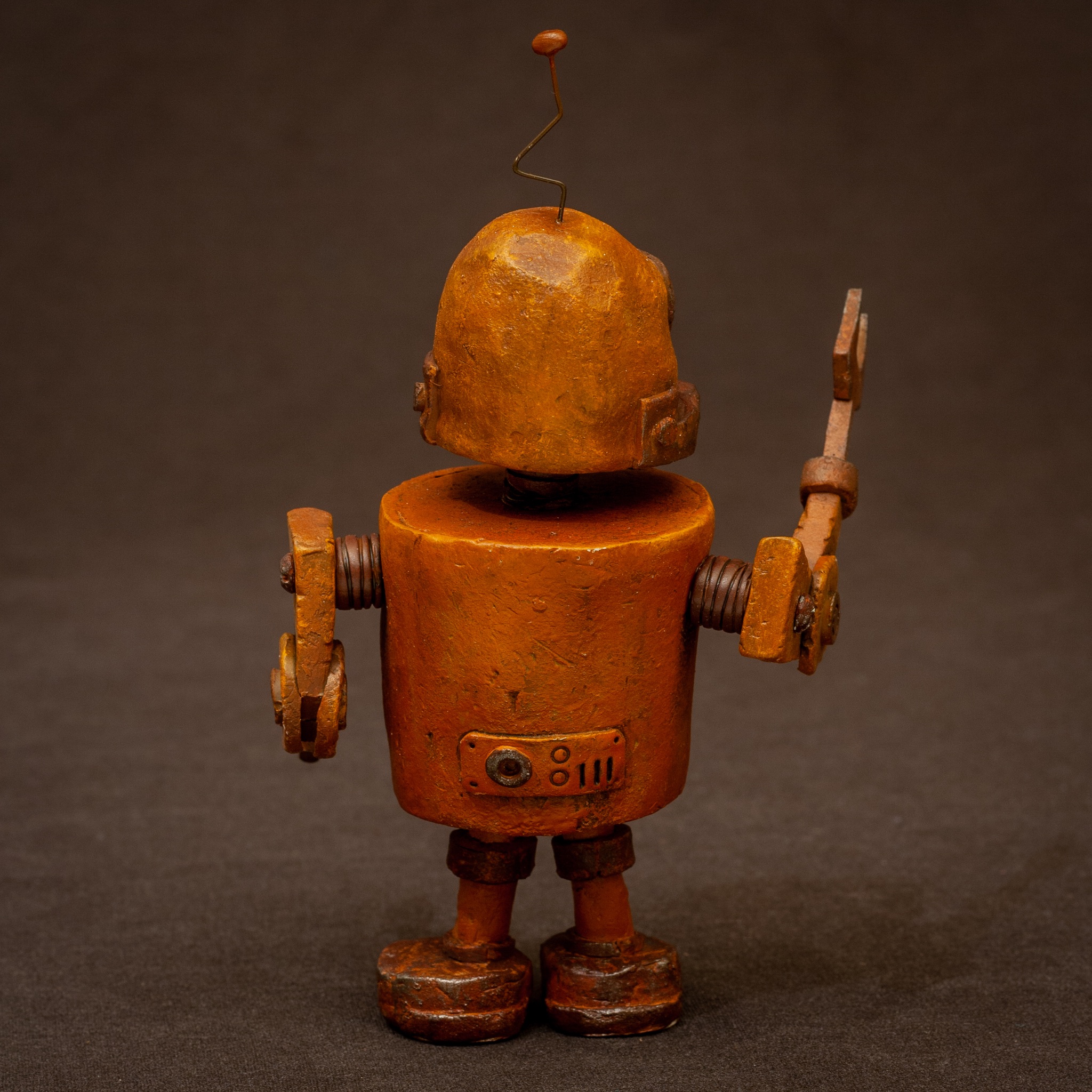 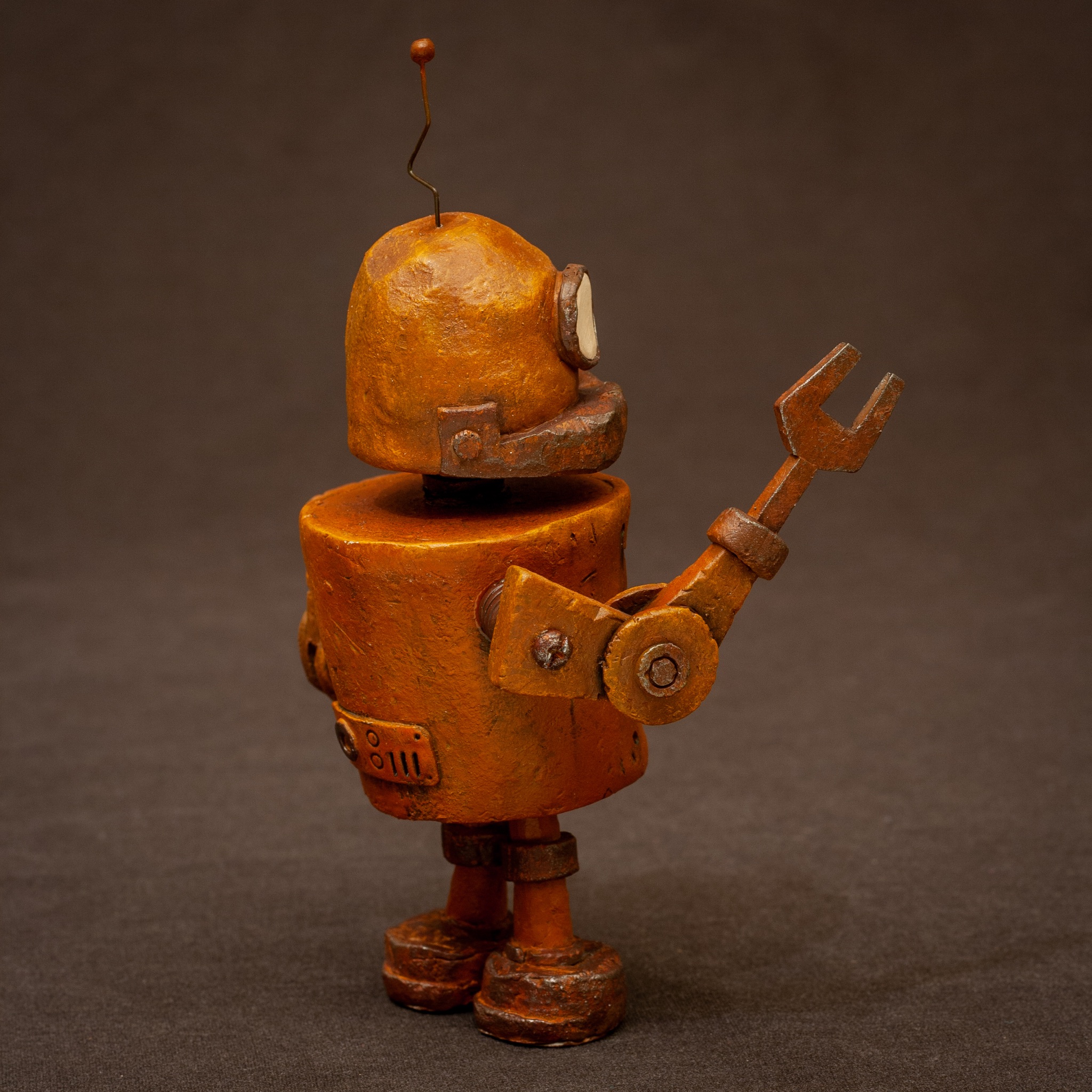 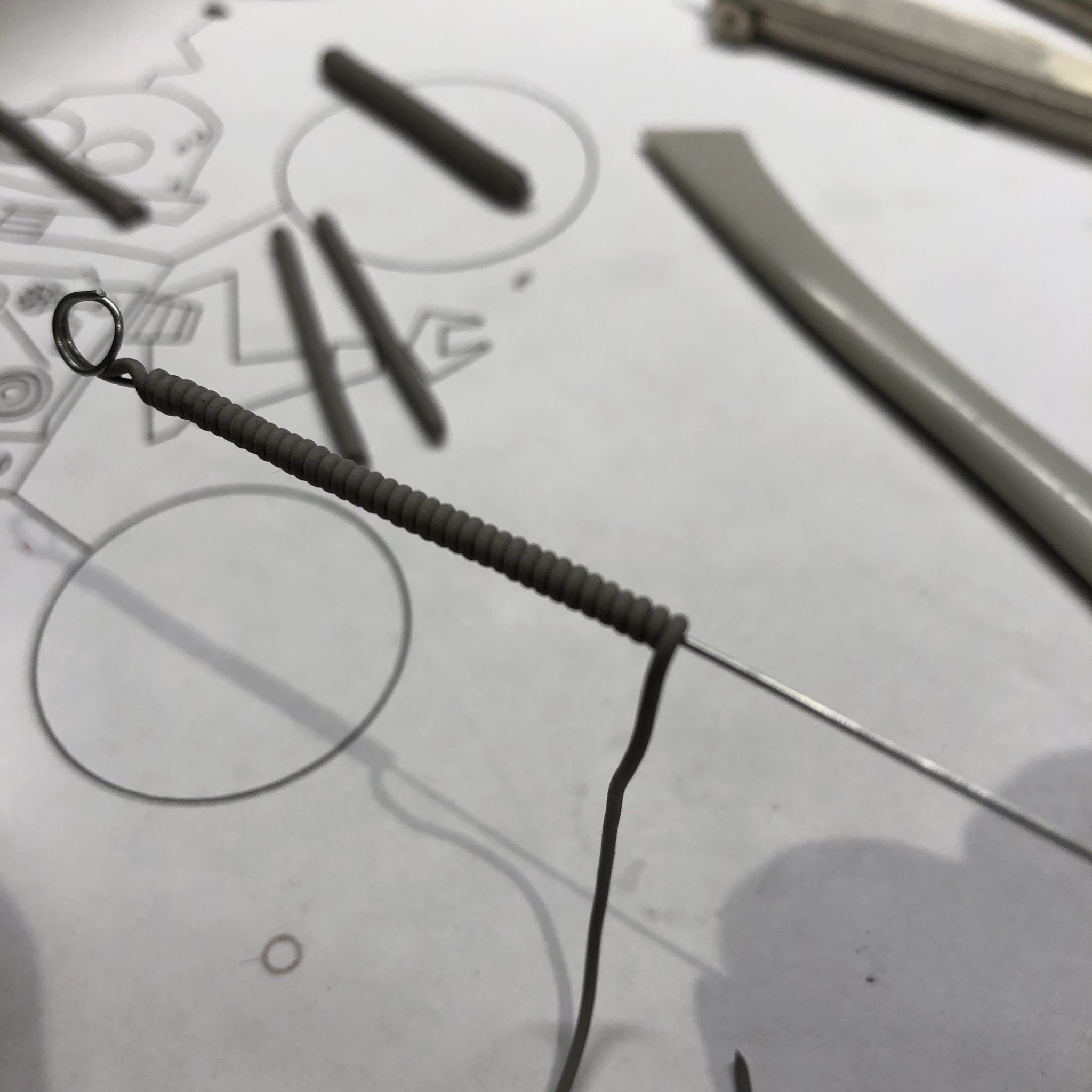 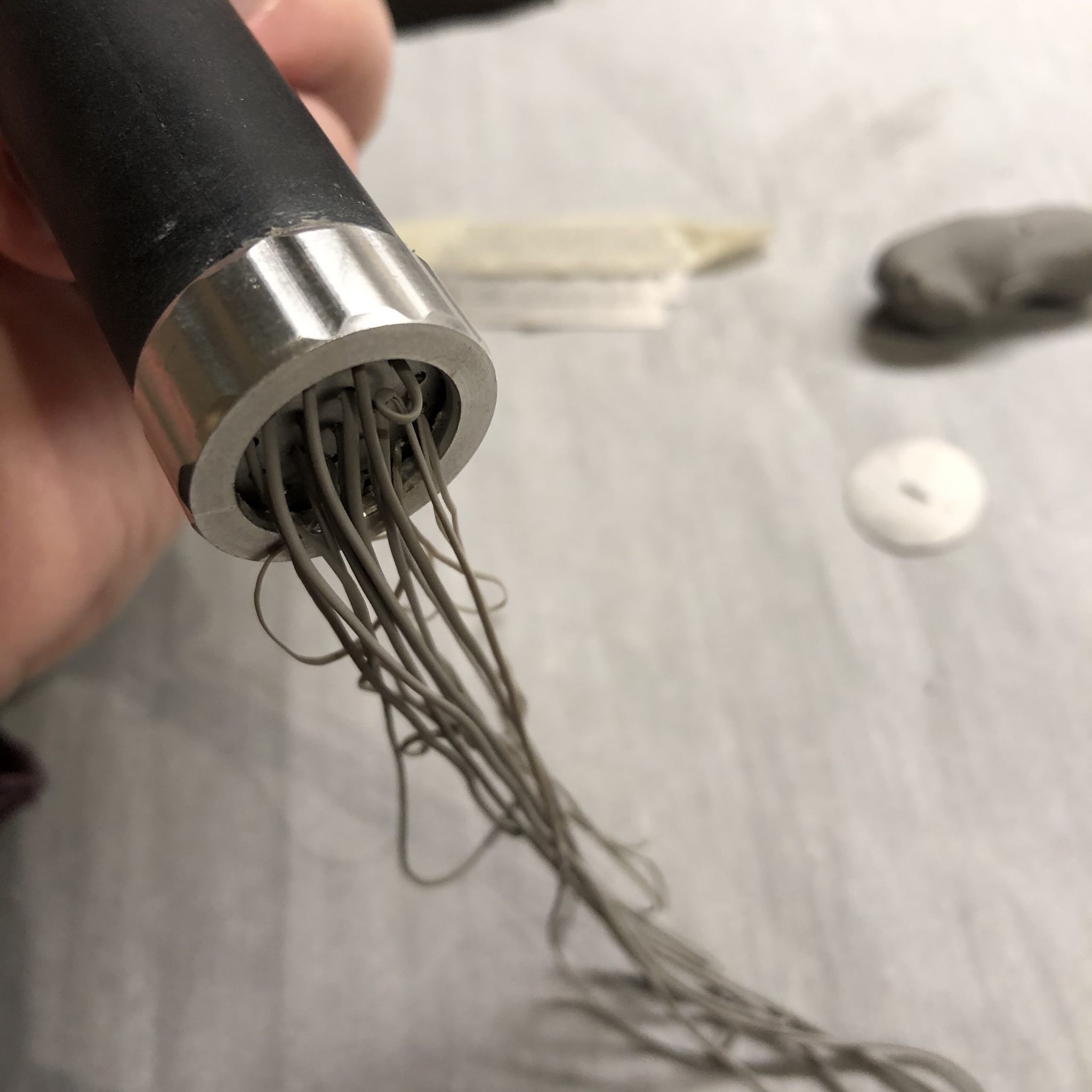 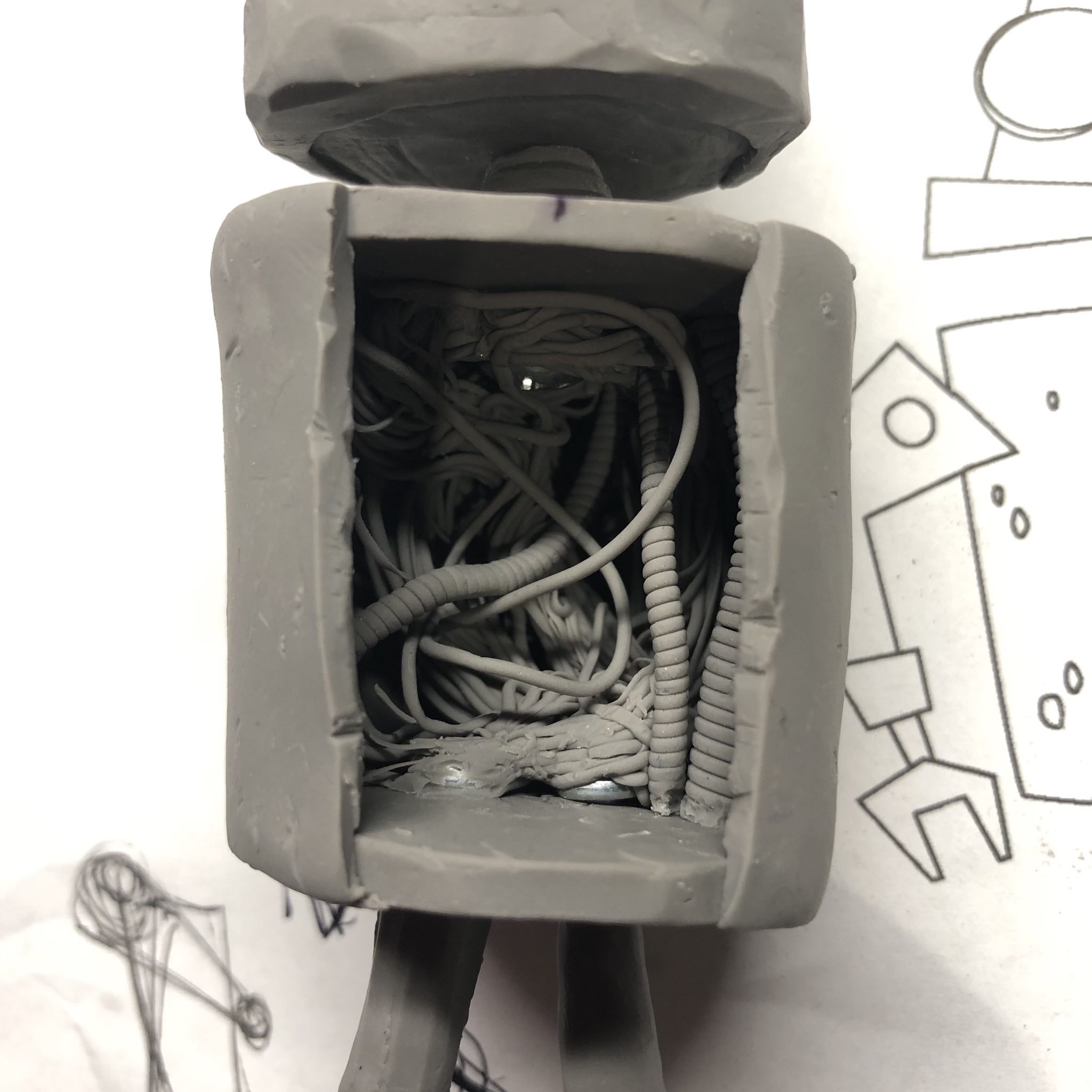 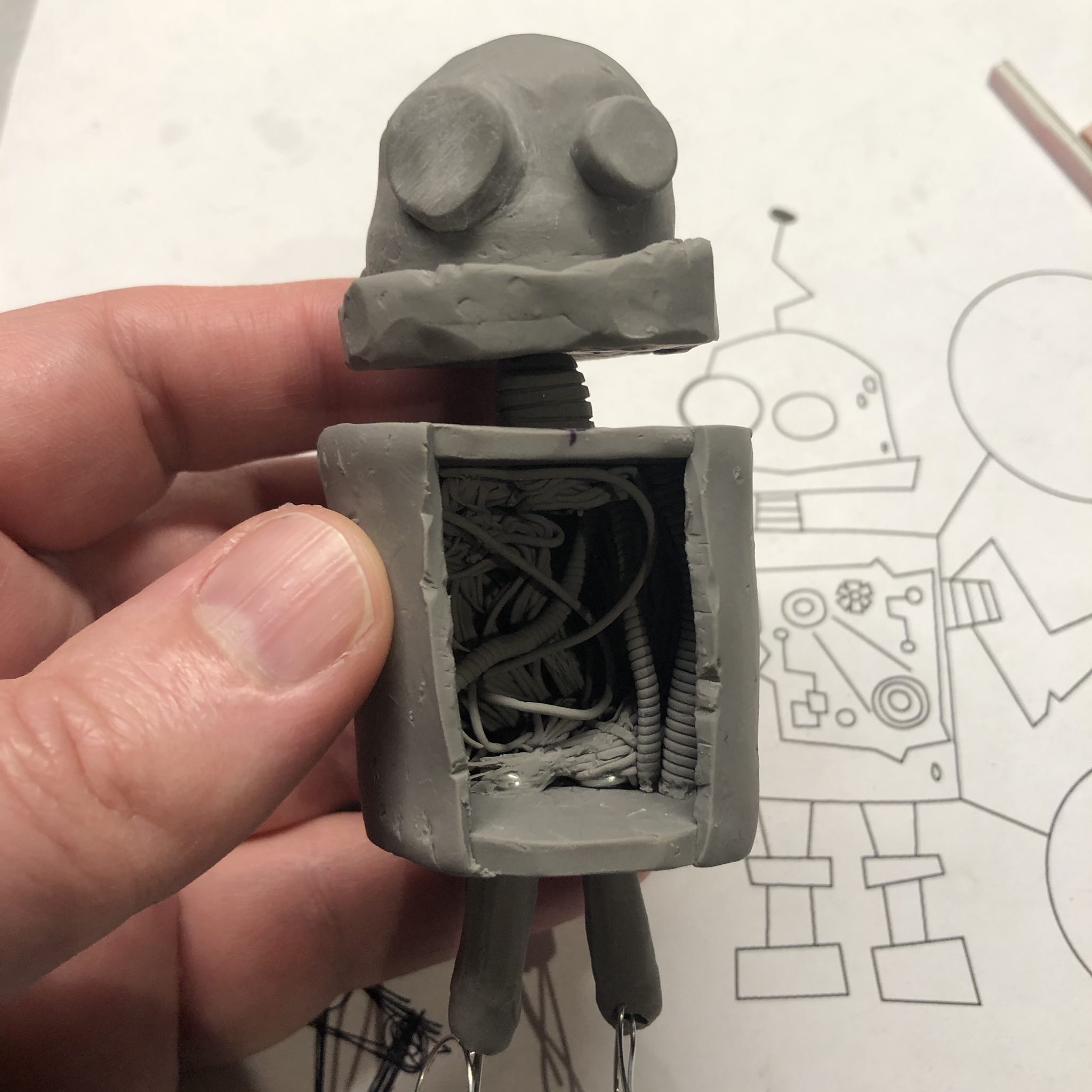 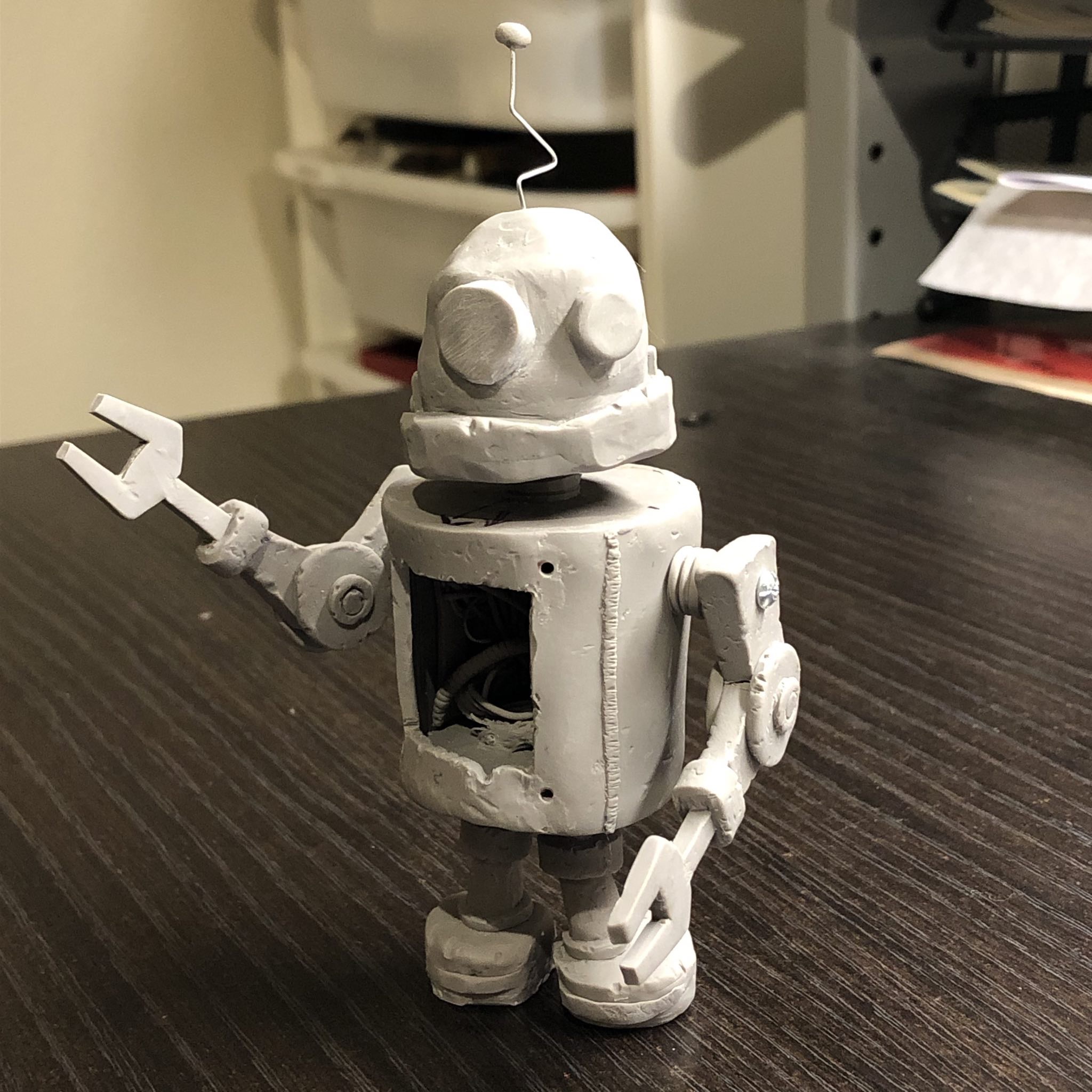 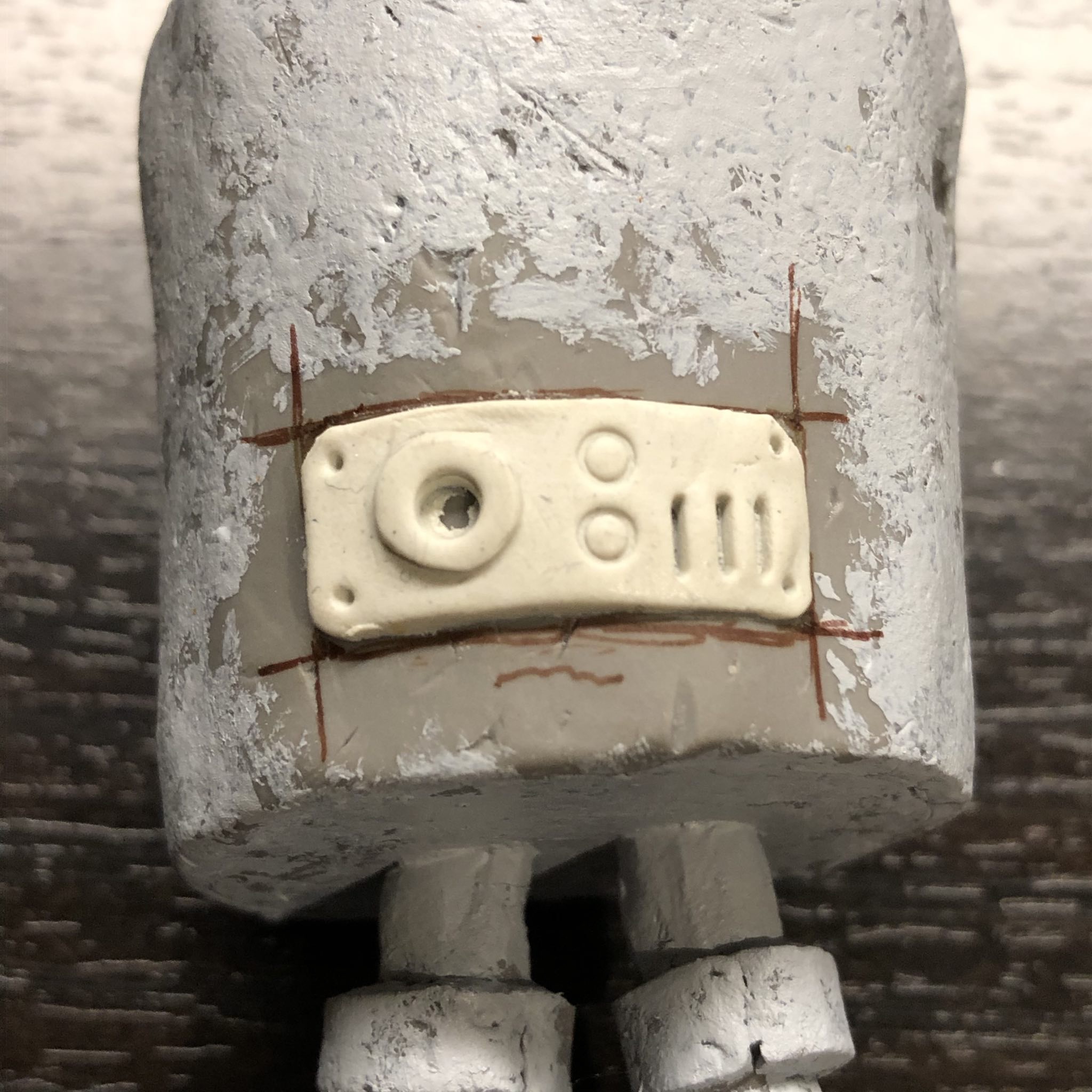 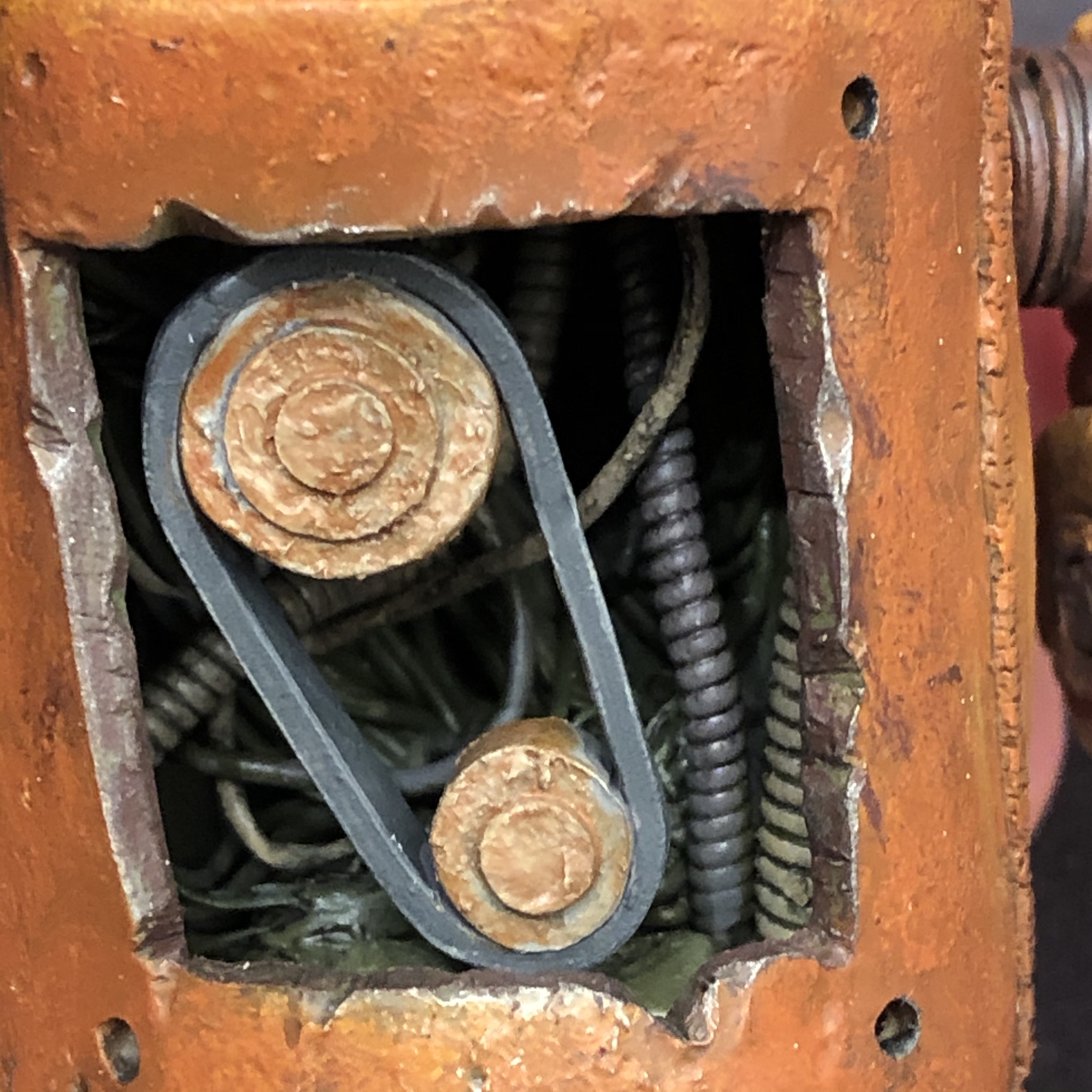 This is a character that’s been with me for quite a while now. I call him “Bindlebot”. He’s the first robot I painted after deciding to put more effort into illustration, and I’ve done a few versions of him since then. It makes me happy to know that he’s always out there on his adventure. He’s the logo for Robot Roundup as well as Rainbot for the letter R.

Robot Roundup is the name for my series of robot ABC characters. It’s nearing completion, I can’t wait to share them with you!