I’m not sure if a single work of art has had more influence on me than Descent, by Michael Whelan.

I started delving into Science Fiction when I was in high school. One time I was at the public library browsing the sci-fi section when I found a paperback copy of Ray Bradbury’s The Martian Chronicles, with Whelan’s illustration on the cover. I was immediately transfixed by his artwork. 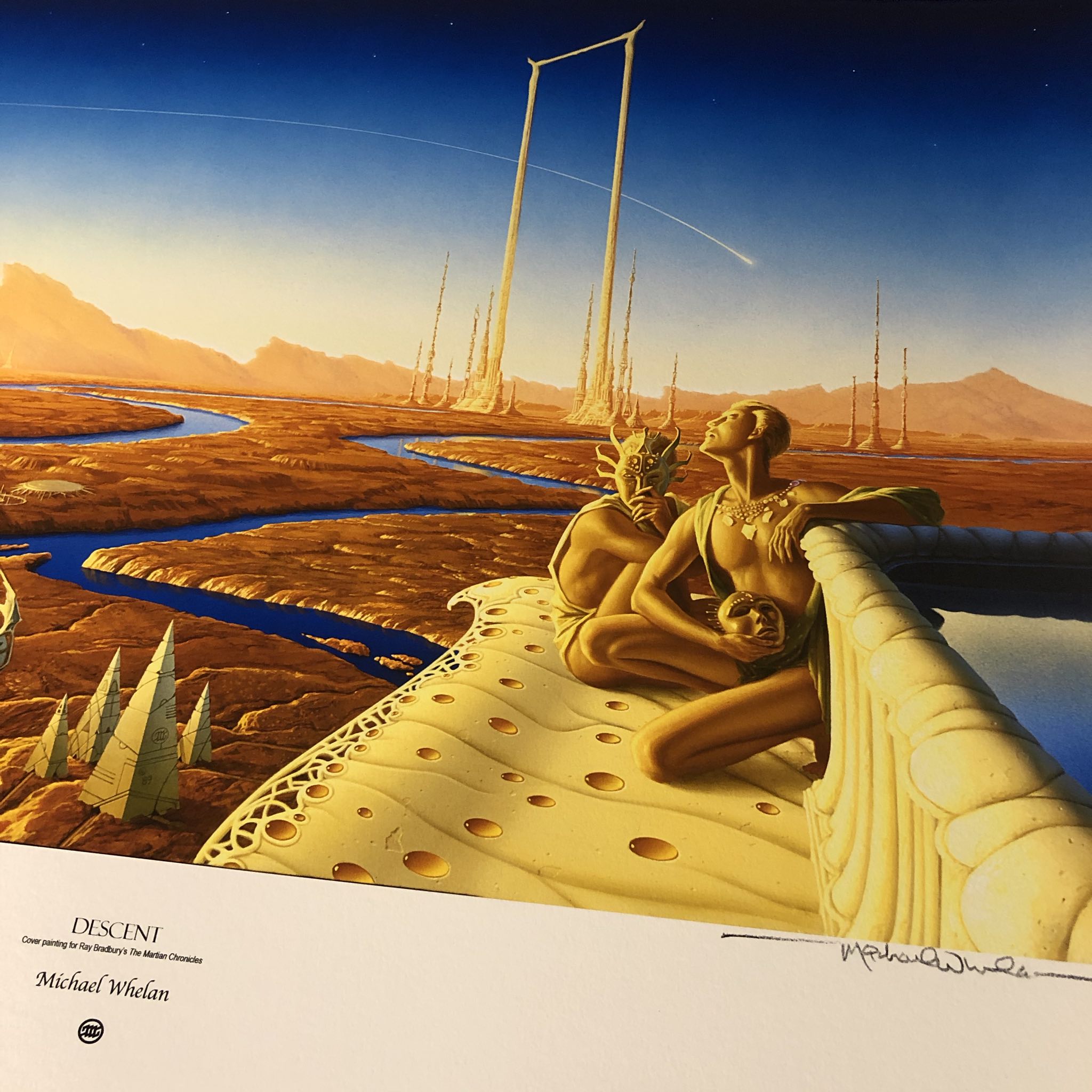 Not long after, I found a large art book, The Art of Michael Whelan, at a Waldenbooks inside my hometown mall. This was pre-internet, so I ended up returning many times to study this book.

I started painting my own Martian and Dune-inspired landscapes in watercolor, but mostly I was trying to copy Michael Whelan’s style.

I was lucky enough to meet Michael at a convention in 2003. I got to tell him how much I liked his work, especially his cover illustration for The Martian Chronicles.

So I was overjoyed to find out that he was releasing a print of this work. I’ve been waiting almost 30 years for this.